Redefining the treatment of severe neuropsychiatric and neurological disorders

At Lusaris, we are advancing next-generation serotonergic neuroplastogen medicines for patients suffering from serious neuropsychiatric and neurological disorders, which are among the world’s most prevalent and underserved health problems.

We aim to develop best-in-class, small-molecule neuroplastogen therapeutics for neuropsychiatric and neurological disorders that can reach more patients in need by decreasing the treatment burden on patients and healthcare providers. 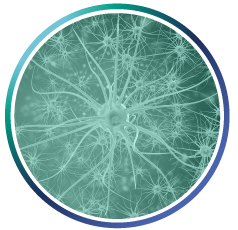 Our lead pipeline program, LSR-1019, is a novel formulation of 5-MeO-DMT, a potent, fast-acting, and rapidly clearing serotonergic psychedelic for patients with treatment-resistant depression and other debilitating neuropsychiatric disorders. Orally administered 5-MeO-DMT is pharmacologically inactive due to rapid metabolism by enzymes in the gut and liver. LSR-1019 is a proprietary sublingual tablet formulation of 5-MeO-DMT that dissolves under the tongue within seconds and is absorbed without the need for water. This approach is scalable, eliminates the need for burdensome drug delivery systems, simplifies administration, and offers the potential for more consistent exposure and more predictable therapeutic benefit in patients. We hold an exclusive worldwide license for Catalent’s Zydis® fast-dissolving tablet technology for our 5-MeO-DMT program.

We are also advancing additional programs focused on migraine and cluster headache and additional neuropsychiatric and neurological disorders.

Lusaris was founded by a team of highly experienced drug developers and company builders with extensive neuroscience experience. Our drug development expertise, pipeline of potentially best-in-class neuropsychiatric and neurological therapeutics, and backing from a world-class investor syndicate uniquely position Lusaris to succeed in bringing life-changing medicines—and renewed hope—to millions of patients and their families. 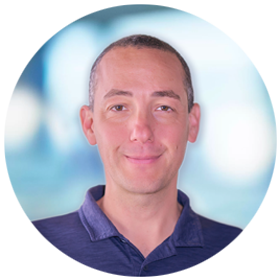 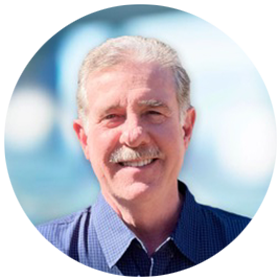 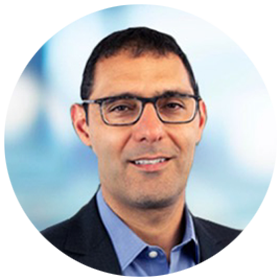 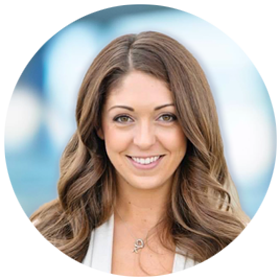 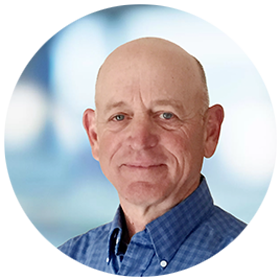 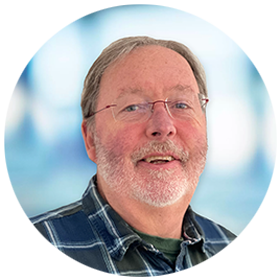 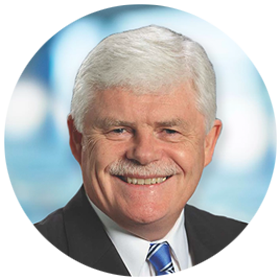 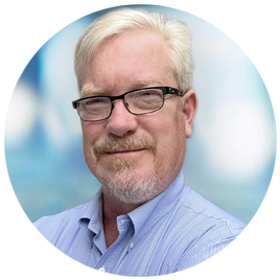 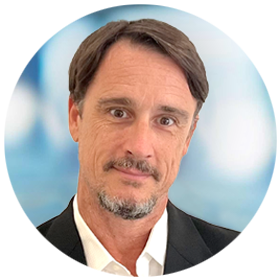 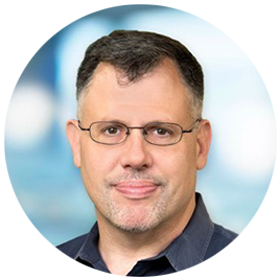 Next generation neuroplastogens for additional neuropsychiatric and neurological disorders

LSR-1019, our lead program, is a proprietary sublingual formulation of 5-MeO-DMT. LSR-1019 is a best-in-class psychedelic therapeutic in development for treatment-resistant depression and additional neuropsychiatric indications. We hold an exclusive worldwide license for Catalent’s Zydis® fast-dissolving tablet technology for our 5-MeO-DMT program.

LSR-2000 is a late-stage discovery program evaluating serotonergic neuroplastogens for the prevention of migraines and cluster headaches. Emerging data has shown that traditional psychedelics such as LSD and psilocybin may offer benefit to patients for migraine and cluster headache prophylaxis. We believe our program has the potential for a new generation of prophylactic headache therapeutics that will leverage serotonergic biology in a novel, optimized product profile.

Lusaris: Treating Depression with a New Version of an Old Psychotropic

RA Capital Backs Another Startup Hunting for a Better Antidepressant

Learn about openings on our LinkedIn Page 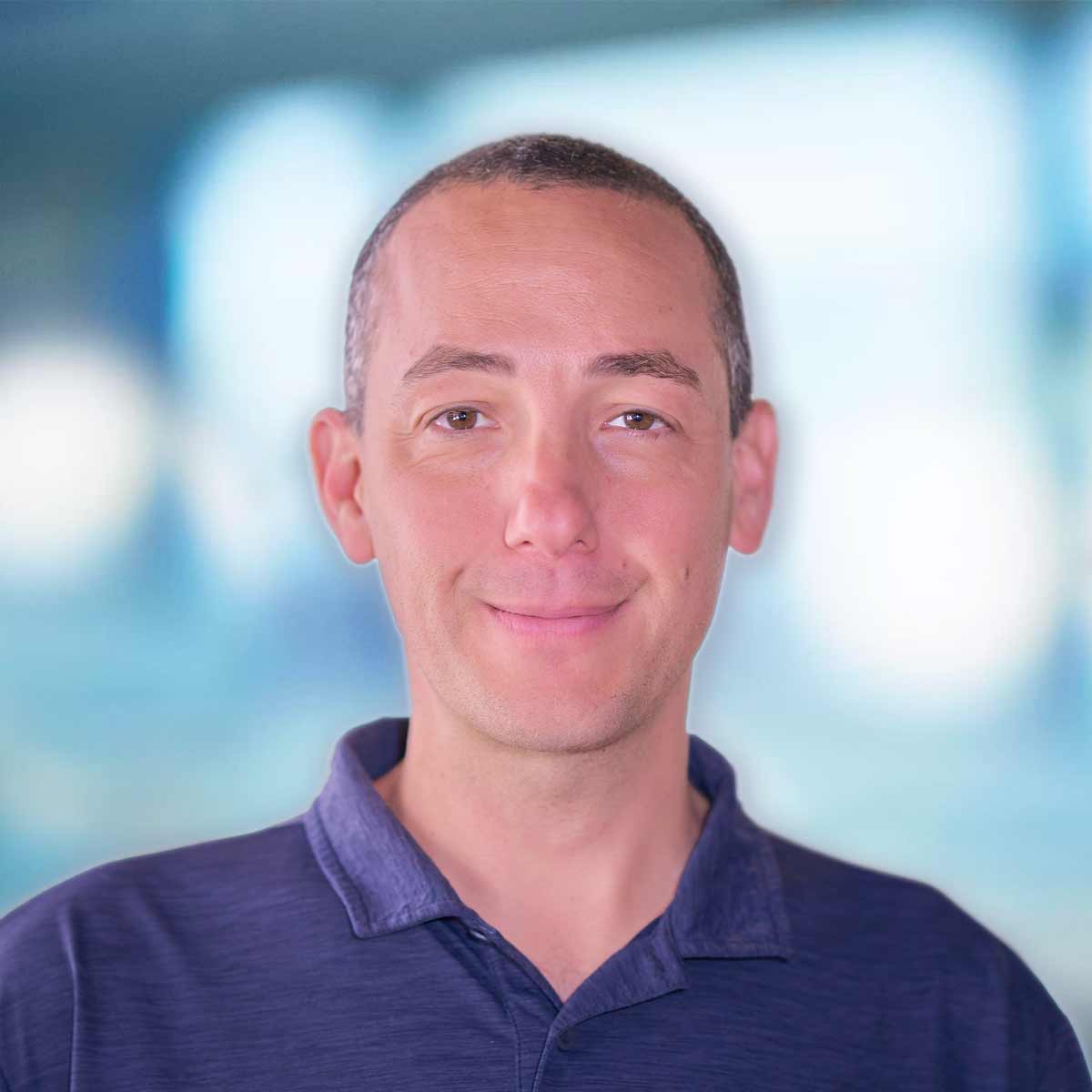 Andrew Levin is the interim Chief Executive Officer of Lusaris Therapeutics and a Partner and Managing Director on the investment team at RA Capital Management. Andrew joined RA in 2015 and spearheads a drug discovery effort that has led to the formation of several new companies. Beginning in 2012, and prior to joining RA, he was a Vice President at H.I.G. BioVentures. Previously he served as the Director of Pharmaceutical Sciences at the Clinton Health Access Initiative. He holds a BSE in Mechanical Engineering from Princeton University, a PhD in biomedical engineering from the Massachusetts Institute of Technology, and an MD from Harvard Medical School. 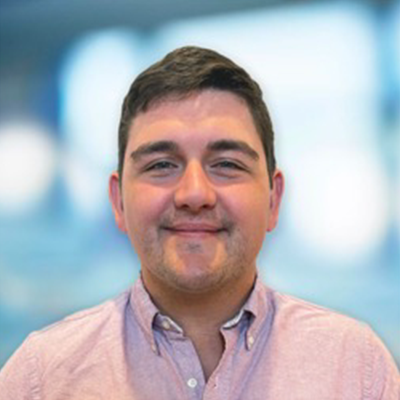 Neil Buckley is a life sciences entrepreneur, company builder, and drug developer. Prior to Lusaris Therapeutics, Neil was a founder or founding team member of six companies incubated within RA Ventures including Eliem Therapeutics ($ELYM), Aerovate Therapeutics ($AVTE), Imbria Pharmaceuticals, and Athenen Therapeutics (acquired by Eliem). Neil spent five years at RA Ventures where he was most recently Vice President, CMC and worked across new company formation and in support of portfolio companies. Previously, Neil was Director, Business Development and Project Management at CiVentiChem (Acquired by Sterling Pharma Solutions). He holds a MS from Northeastern University and a BA from Hamilton College.
× 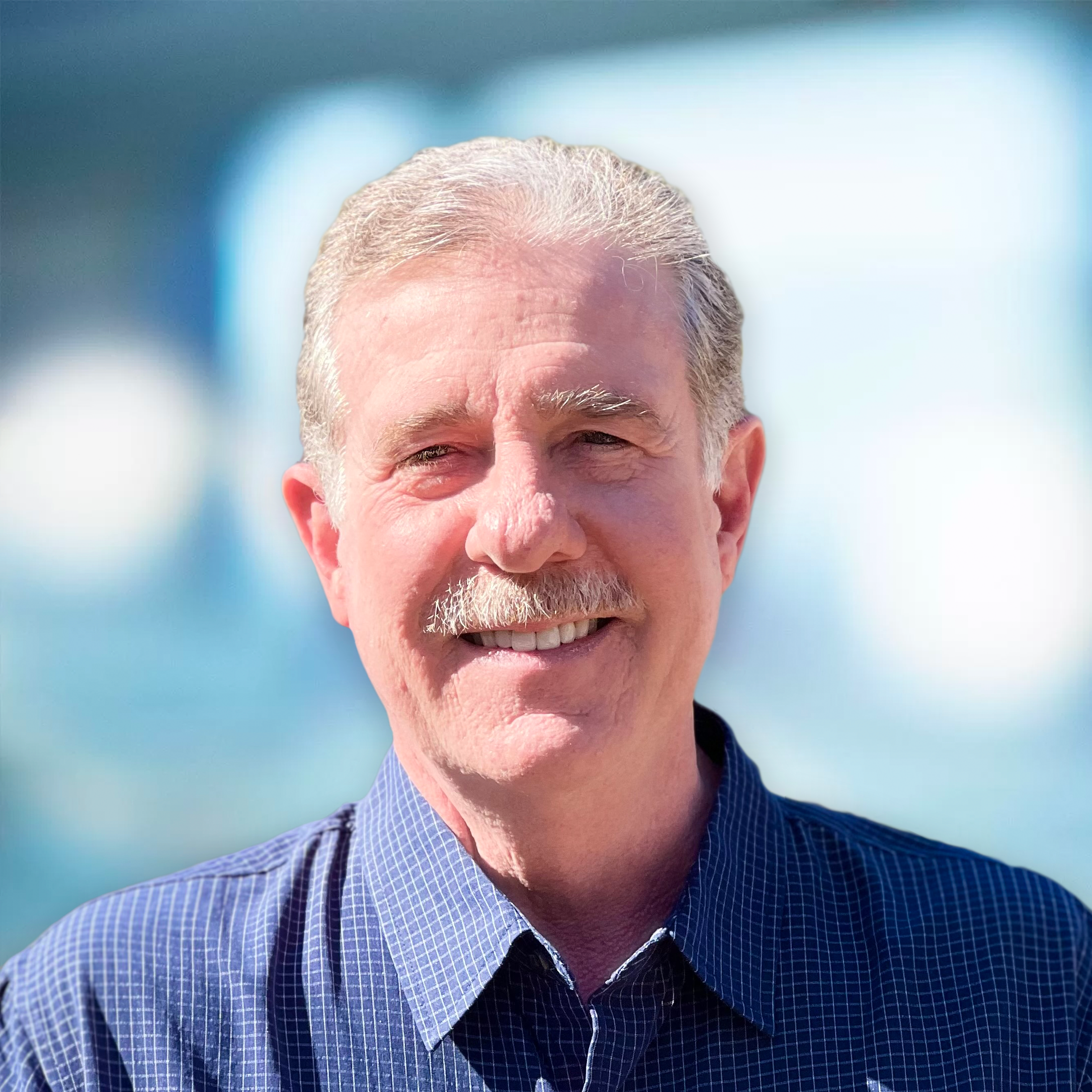 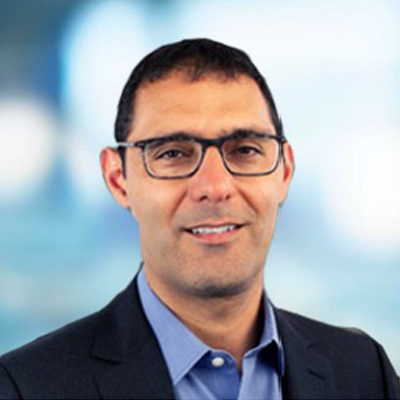 Ramin Farzaneh-Far is acting Chief Medical Officer of Lusaris Therapeutics and a Venture Partner at RA Capital where he works closely with RA’s Venture Team to evaluate drug discovery platforms and initiate novel therapeutics programs. He was Chief Medical Officer of Ra Pharmaceuticals from 2016 until it was acquired by UCB in 2020. Ramin is an experienced clinical trialist and previously led global clinical development programs at Akebia Therapeutics and Gilead Sciences. A trained cardiologist, he has held academic faculty positions at the University of California, San Francisco (UCSF) and the University of Texas Southwestern Medical Center. Ramin completed his internal medicine residency at Brigham & Women’s Hospital in Boston and trained in cardiovascular medicine at UCSF. He holds BA and MA degrees in immunology from the University of Cambridge, an MD from University College London, and an MAS in clinical research from UCSF.
× 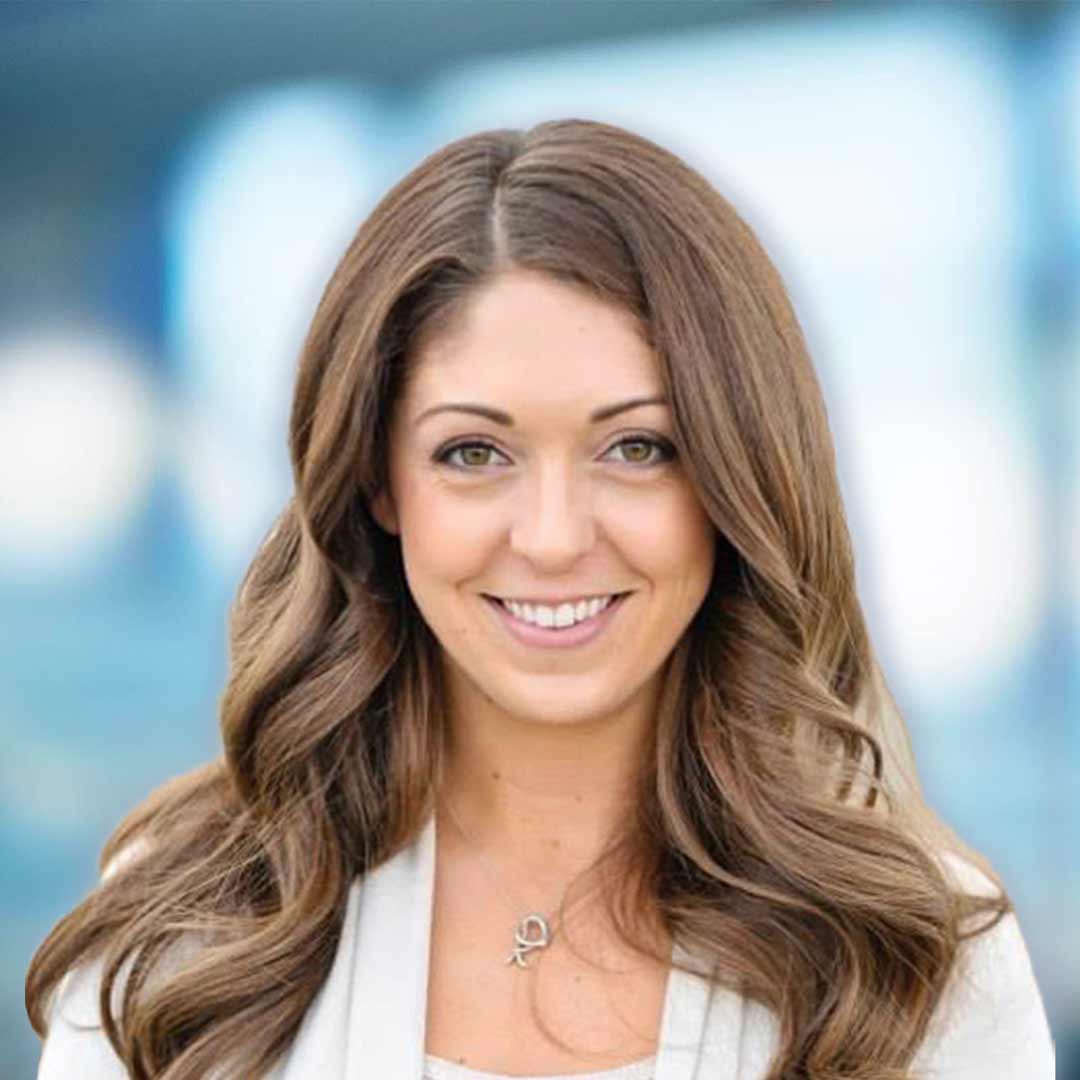 Kat Riesen is the Chief Financial Officer of Lusaris Therapeutics and the Vice President, Finance at RA Ventures. Kat’s primary responsibility is supporting new companies, portfolio companies, and executives within RA Ventures, focusing on strategic finance. Prior to joining RA Ventures, Kat was a Partner at van den Boom & Associates where she provided accounting and finance services including new company formation through IPO and public company accounting support, SOX compliance implementation, and financial modeling to several public and private life science companies. Before entering the life science space, Kat held various accounting roles in the retail industry and started her career at Ernst & Young. Kat has a BS in business administration, majoring in accounting from the University of Minnesota, Carlson School of Management. She is a CPA.
× 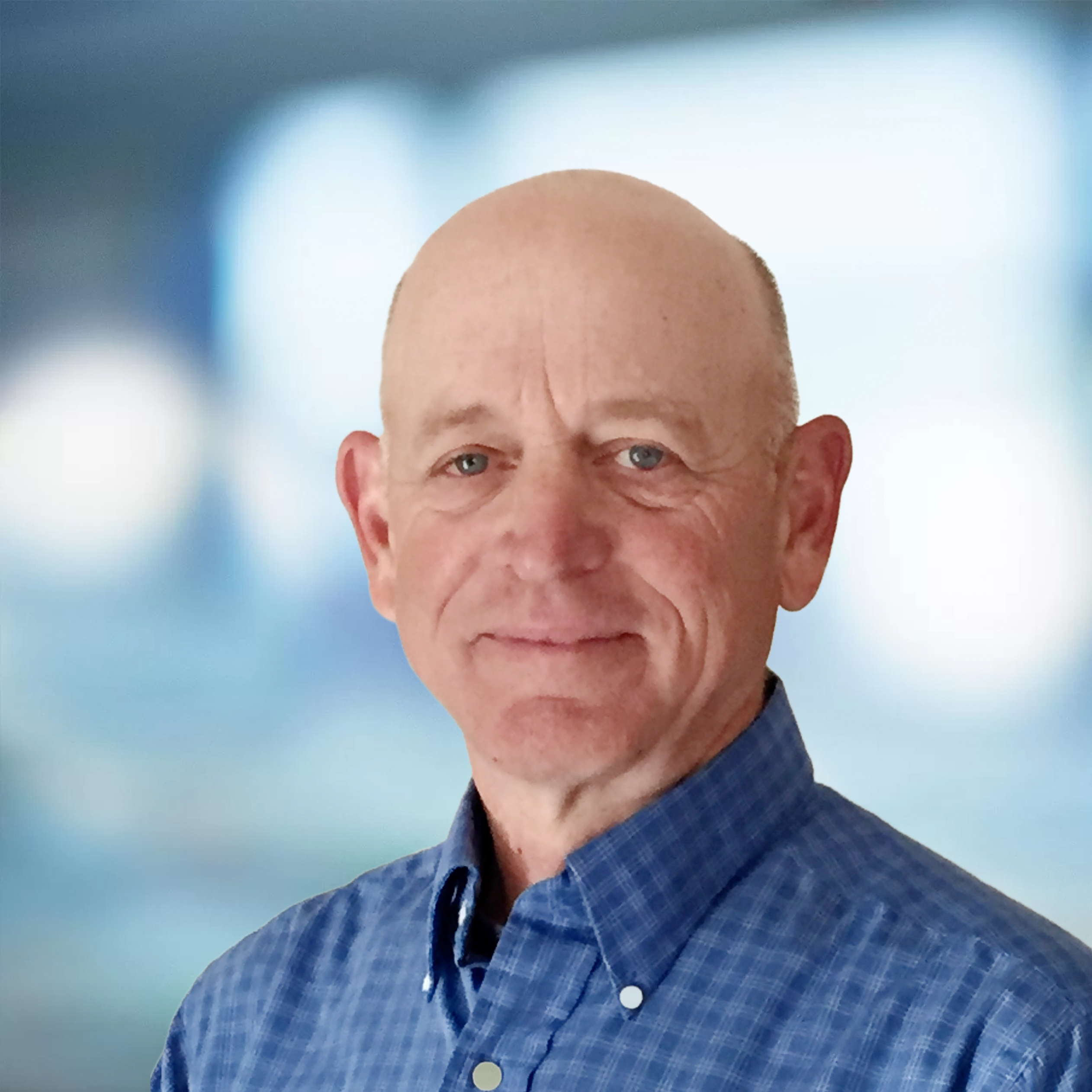 Ned Whittemore is a trained neuroscientist with more than 25 years of diverse experience in pharmaceutical drug discovery, preclinical and clinical development, and regulatory affairs. For the past 11 years, Ned has been working in regulatory affairs, building a successful track record of regulatory submissions to FDA and EMA, most recently as the Vice President, Regulatory Affairs at RA Ventures. He spent the first 15 years in industry in low, medium, and high-throughput drug discovery, focusing primarily on ligand- and voltage-gated ion channel targets, with therapeutic potential in CNS disorders. Ned holds a PhD in biochemistry from the University of Minnesota and a BA from Carleton College. 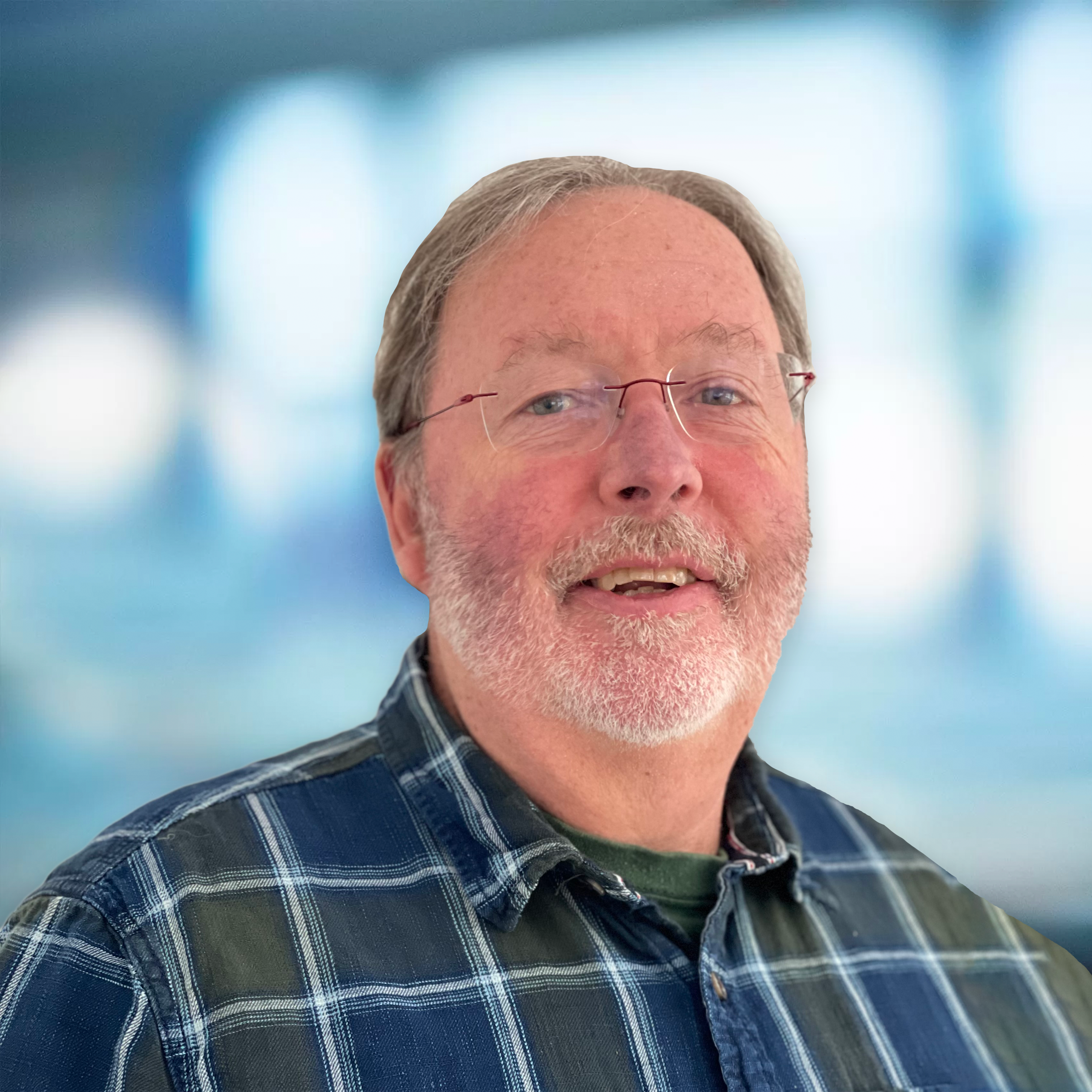 Matt Harding has over 30 years of experience in drug target selection, pre-clinical characterization, IND enabling studies, and early clinical development. Matt was a founding scientist at Vertex Pharmaceuticals in 1989, where he spent over 26 years and was involved in 20+ R&D project teams across multiple therapeutic areas. Trained as an immunologist, Matt began his career as an assistant professor at Yale Medical School before joining industry. Prior to Lusaris Therapeutics, Matt was most recently Vice President, Translational Medicine at RA Ventures where he was instrumental in the discovery of new drug candidates and support of portfolio companies, many of which are still in clinical development. Matt holds a PhD and BS from the University of Connecticut.
× 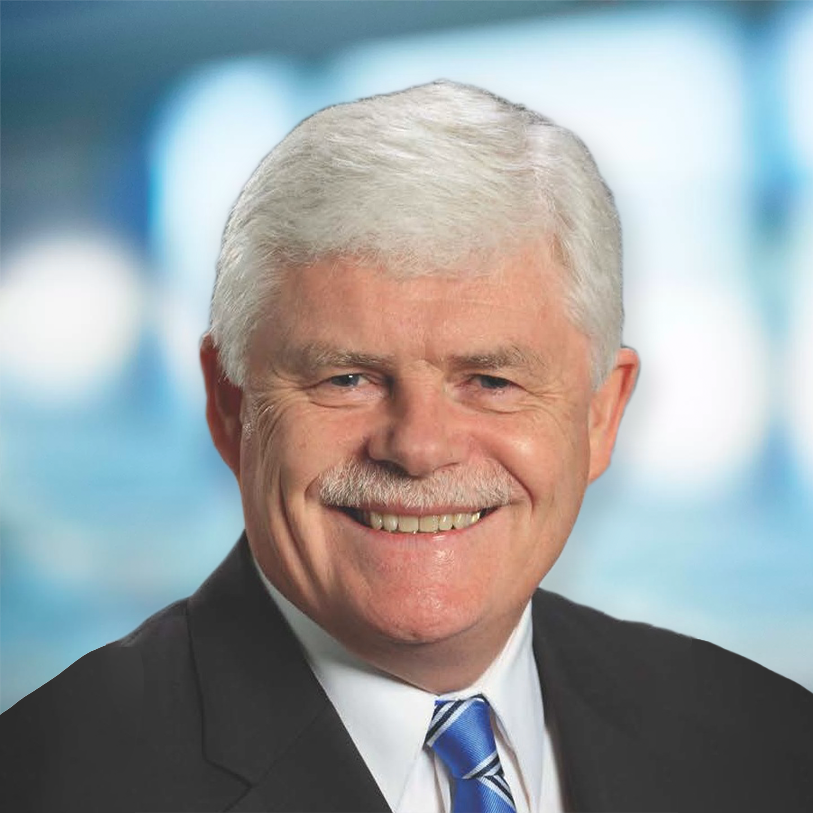 George Mooney is a CMC and drug delivery expert with over 30 years’ experience in big pharma and biotech companies. George spent 17 years at Pfizer where he was VP for the Exploratory Development Portfolio as well as VP of Pharmaceutical Sciences. In addition, George held various roles at GD Searle, Boehringer Ingelheim, and Lederle-Cyanamid. For the past 13 years, George has worked as an independent consultant to start-up biotech companies. While extensively experienced in CMC, he has led and managed multi-disciplinary teams at all stages of drug development. George holds a PhD from the University of Kansas and a B.Pharm and MSc from the University of London.
× 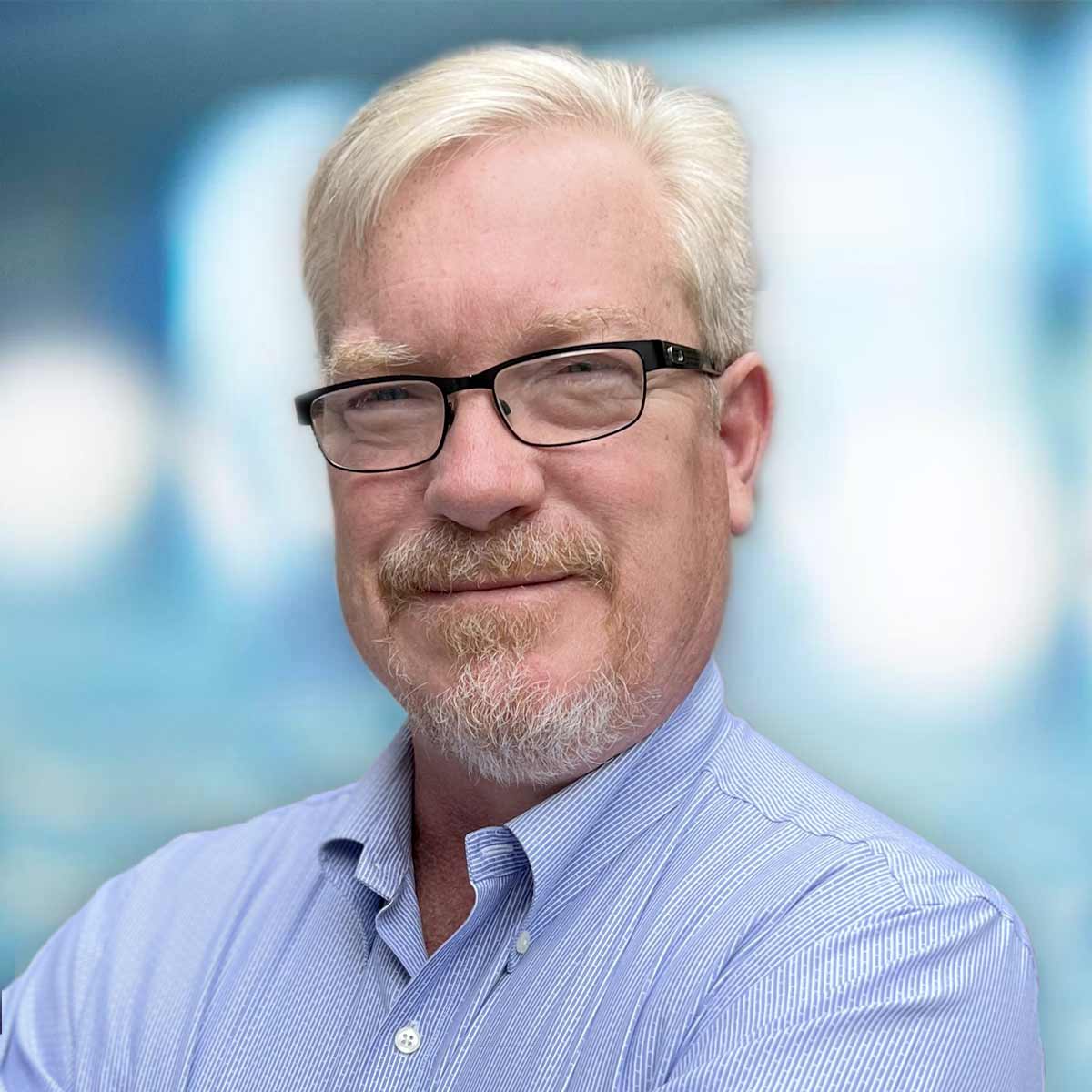 Rod Cole is a pharmaceutical and biotech veteran with over 30 years of industry experience. For the past 13 years, he has led his own consulting firm, Blue Collar Scientific, focusing on nonclinical development, DMPK, analytical, and formulation development. Rod started his career at Pfizer, and went on to work for Millennium, Astra Zeneca, and Abbott, where he was Head of Drug Metabolism and Pharmacokinetics. He also held senior positions at start-up biotech companies, including ArQule and Cerulean Pharma. He has significant experience in both discovery and development where he made contributions to programs across multiple therapeutic areas and has contributed to several commercially available drugs. Rod holds a PhD in analytical chemistry and a BA in chemistry from the University of Tennessee.
× 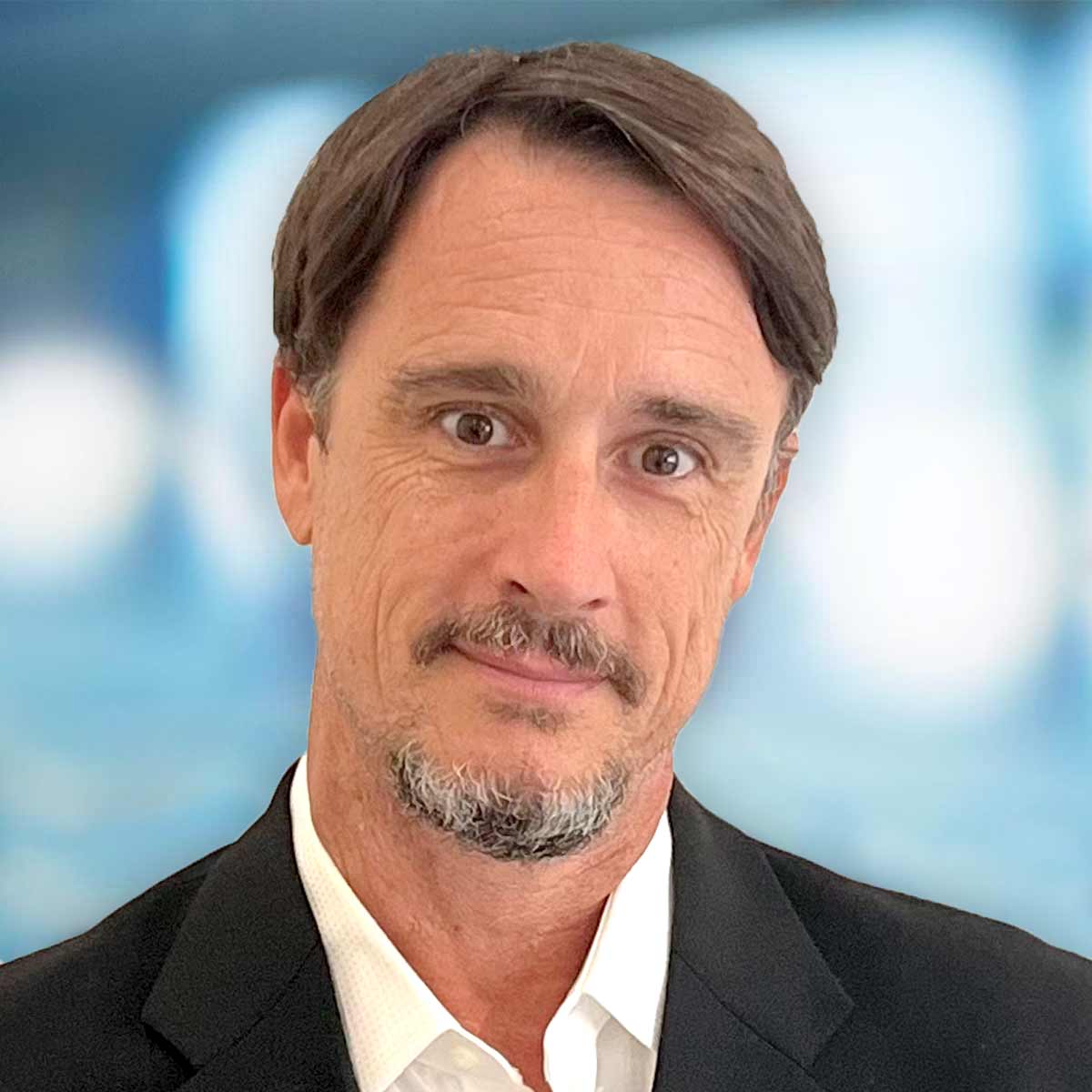 David Mister is an experienced clinical operations director with over 25 years clinical development and operations experience. David started his career in clinical development at Cocensys working on early phase development programs in CNS. He spent seven years working as a CRA and study manager for PRA International, before joining Allergan as a study manager in 2003 working in botox neurology. David spent 15 years at Allergan in management roles within clinical development, medical affairs and clinical compliance before leaving in 2019 to join Eliem Therapeutics as the Head of Clinical Operations. Since 2021, David has been in a clinical operations consulting role with Johnson & Johnson. He has a proven track record of leading phase I – IV studies across multiple therapeutic areas that have successfully brought life-enhancing pharmaceuticals, biologics, and medical devices safely and efficiently to market. David holds a BA from University of California, Santa Barbara and a MS in psychology from Walden University. 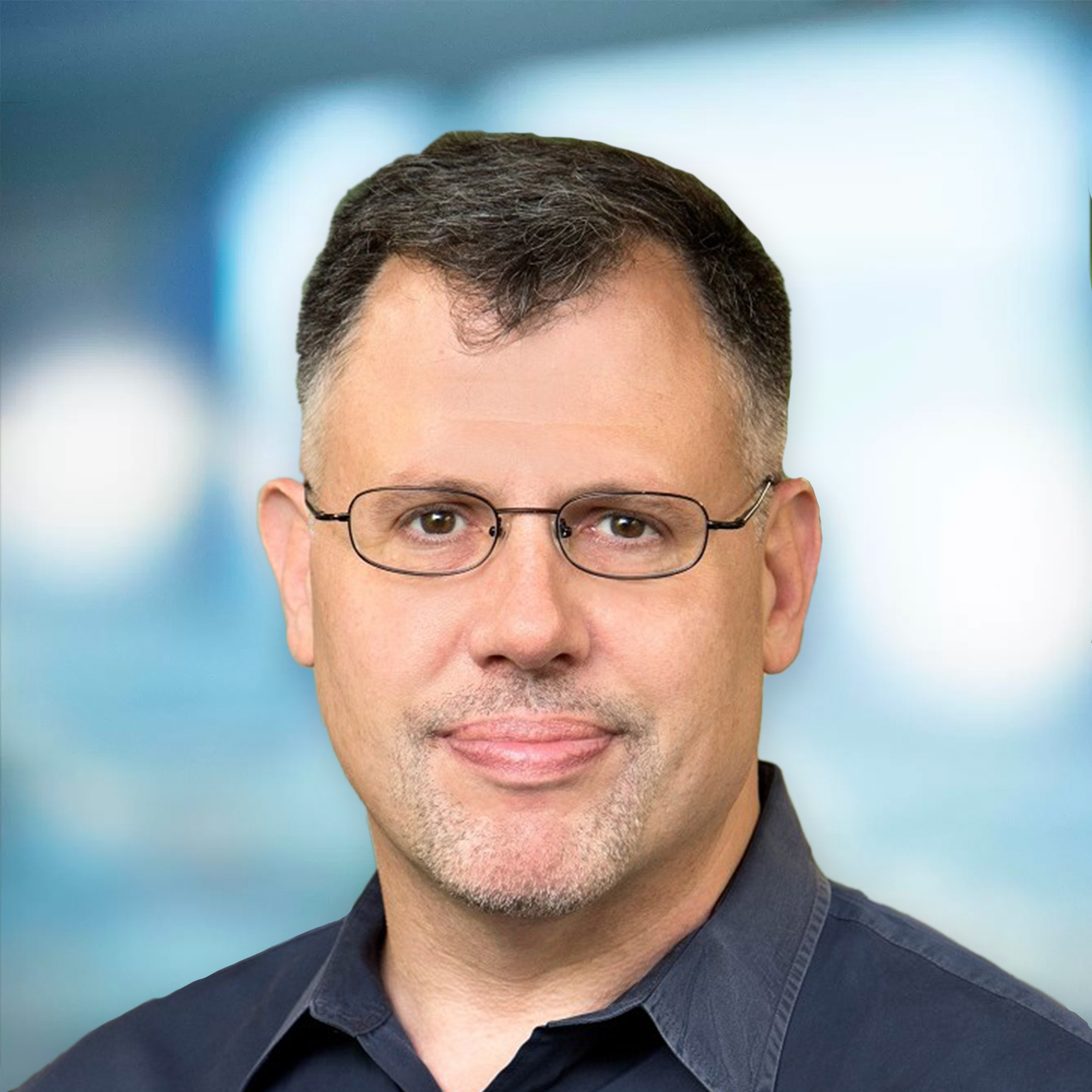 Daniel Grau, an experienced biotech entrepreneur and operating executive, is Chairman of the Board of Directors of Lusaris Therapeutics and currently serves as CEO and Director at Avilar Therapeutics, a leading extracellular protein degradation company. He is also an Advisor to HotSpot Therapeutics and recently served on the Board of Directors at Research Alliance Corporation I (merged with POINT Biopharma) and at TetraGenetics (acquired by AbCellera). Prior to Avilar, Daniel was CEO at Sojournix, President at Heptares Therapeutics (acquired 2015), CEO at Cortria (acquired 2010), and COO at CombinatoRx (IPO 2005). He also served as member of the Product Advisory Board at Concert Pharmaceuticals and as an Advisor to Nimbus Therapeutics. Early in his career, Daniel worked with multi-national pharma companies including Pharmacia, Pharmacia & Upjohn, and Eisai as a management consultant focused on corporate strategy, M&A, and new product launch. Prior to management consulting, Daniel was Director of Marketing & Business Development at a clinical information technology startup. Daniel earned his BA with High Honors from Davidson College, where he was awarded a Dana Honor Scholarship and elected to Phi Beta Kappa, and his MPhil, MA, and MAR degrees from Yale University, where he was awarded the Day Graduate Prize and was the recipient of a Mellon Fellowship in the humanities.